It’s the start of a New Year and of course all good resolutions and good wishes for health and prosperity abound. This year, I am hopeful. I recently published “Siren Shore”, a book of short stories set in Naples (and the Campania region). So far, it has been well received.

The inspiration for this story was a legend from my father’s village in the Cilento region of Campagna, Italy. He said that the belief was that anyone born when the bells tolled for Midnight Mass on Christmas Eve was destined to become “a human wolf”, as he put it. My father did not share this belief, though he knew that some people in the village did. He loved to tell how he somehow acquired a wolf skin and snuck up on a friend guarding sheep one Christmas Eve. This was over 100 years ago, when wolves still roamed in the Cilento. They were a real danger to the local families who raised sheep and goats then sold cheese made from their milk in the nearby town. The animals grazed on community land in the countryside so it was the task of boys of the various families to watch over the flocks during the night.

Although the traditional time for telling ghost stories falls on Halloween and — in the past — on Christmas Eve, since today is Epiphany which also plays a role in my story, I feel it’s appropriate to include part of Maledetto here:

I was growing bigger by the day. At the beginning of Advent, Maria felt my belly and assured me and Sebastian that the baby would be born before time, that is before Christmas Day. Maria encouraged me to eat meat, saying that it was good for me now, but perhaps once the baby came, we would not have such an abundance. It might not be good for the child. Sebastian had grown up on only fish, cheese and vegetables and had been fine until….she did not go on. I craved meat and ate as much as I could at these family dinners while Sebastian watched me closely. I couldn’t quite decipher his expression which seemed to vary from vexation to tenderness.

On morning of Christmas Eve, I suddenly felt tired and touchy. I wanted to be alone. I wanted to hide from the joyous throng and read in solitude. I slipped away before aperitives were served and made my way into the library where my quiet alcove awaited. There was quite a collection of books – oddly enough, though, most dated from the nineteenth century.

I began to peruse the family Bible for names and birth dates of Sebastian’s relatives. I was curious about anything concerning Sebastian. He would never tell me his age or his birthday. The Bible contained old, old records, but I found an entry for “Sebastian, born 25 December 1899 at the stroke of midnight.” There was never any other man with his name in the family. That he did tell me. And it is very unusual in an Italian family that a son is not named for his father or one of his grandfathers. Written in the margin near the entry was a single word – maledetto. “Cursed”.

Since January in Naples is wet and rainy, I had stayed indoors since Isabella’s birth. Even Sebastian’s mother, La Signora, had not objected when I declined to go to mass that morning for the Epiphany. Epiphany – when the Divine or some mystery is to be revealed. For La Signora is was a Holy Day of Obligation.

“You will receive your revelation in any event,” she told me as she set off that damp and chilly morning of January 6th. “I will pray for you.” She looked at Sebastian, but I felt her words were directed to me as well.

“Do you want to accompany your mother?” I had asked Sebastian. “I don’t mind.”

“I cannot,” he replied

Jim and I frequently visited the Cilento when we were staying in Naples. This region is characterized by villages atop the mountain peaks and farmland at a distance below in the valleys. I have read that pattern of settlement is a feature of southern Italy, which developed under the Normans. Mountain top villages were easier to defend and the farmland became part of the large estates under the feudal system that the Normans imposed when they ruled the south of Italy from about 1040 to 1265. 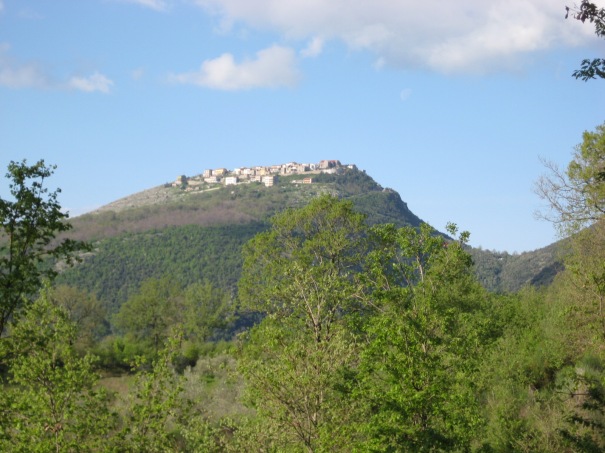 My father’s town, Campora, lies high in the mountains. When he lived there, it was probably one of the most isolated places in the world. Like the best of old and ancient Italy we have seen here, it is not to be found in the mainstream guidebooks. But sometime after the seventies, the Cilento region was made into a national park and it is now a destination of an elite British hiking tour; there are trails which can be followed, after a fashion, on your own. Campora, noted as a rural village of Cilento, lies amid some of the most beautiful mountain scenery in Italy. 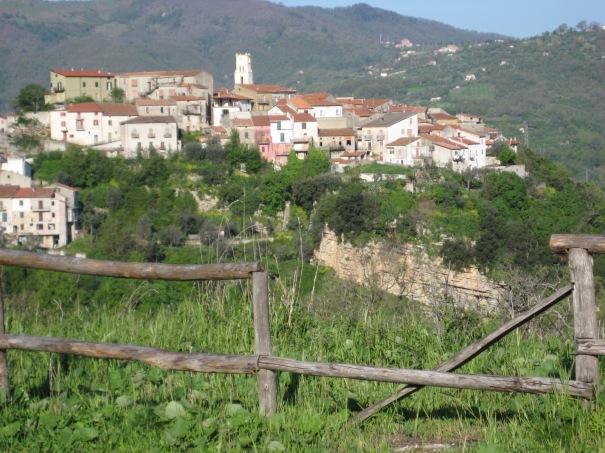 To reach the village, you drive up a mountain that twists and turns like a snake. At a certain turn, you can see the village across the valley, on the other side of the mountain. We got there late one afternoon, just as the cows were coming home, walking down the middle of the road straight toward our car. For a moment we thought we were going to have a head-on collision with cows. But they nonchalantly moved to the side and let us pass. 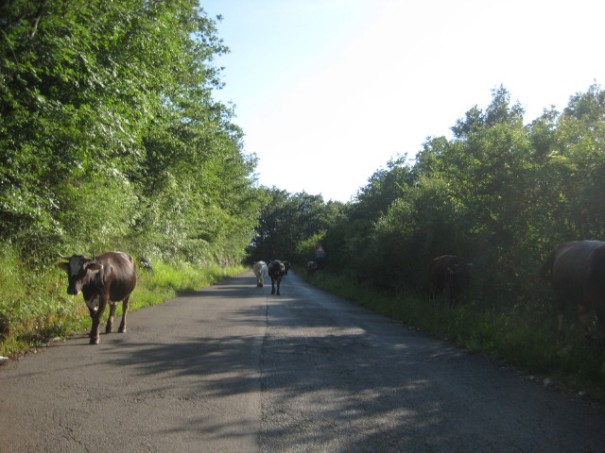 We stayed with my cousins Maria and Pasquale, who were in their late seventies. Most of the people in the village were elderly and had lived there all their lives, as did generations before. Maria says that the village was there before Roman times. For thousands of years the Calore River has been carving the gorge that is the valley and it is not hard to imagine people dwelling in the mountains from time immemorial. Maria took me down to the old water mill at the bottom of the valley. When she was a child, the whole village brought their washing to the public washhouse beside the mill. There was no running water in the houses.

I asked Maria how Campora had fared during the World War II. She said life went on much as before because they were so isolated that the Germans had no interest in them.

The villagers grew their own food, so ate well; their animals were not requisitioned; they got their water from the public fountain. It was only after the War that houses had their own running water. It was interesting to see my family name on the War Memorial plaque in front of the town café-bar. Carone’s from Campora had served and died in a war fought in 1896 and World War I. With the war deaths and the emigration of the male family members, the Carone’s have died out in Campora.

The young people, though, have left for jobs elsewhere in Italy, mostly in the north.  Many of the houses are abandoned now. We stumbled into one at the perimeter of the village. It looked as if it had once been lovely. The house where my father was born is empty now as well. 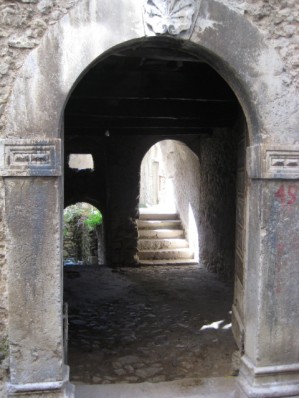 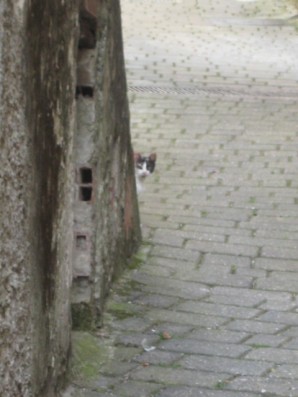 Siren Shore is available on Amazon and at Shakespeare & Co. http://bit.ly/SirenShore